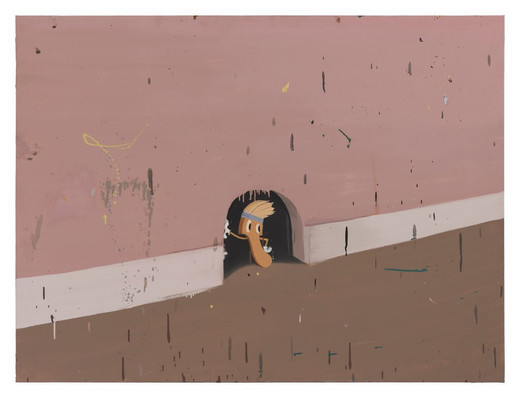 Hidde van Seggelen is proud to announce an exhibition by Spanish artist Pere Llobera.
Pere Llobera’s paintings resemble volatile evocations of possible worlds. The works are like scenes taken from a narrative, fragments in a film or a detective story. Often, they combine various layers and types of visual information. The painterly style is atmospheric, moody; a sleek unevenness suggests that everything can change at any moment; this mercurial aspect is important.
Llobera is interested in the state of the world, he makes art in response to political issues, and takes his inspiration from many artists. He favours a humoristic approach to the unexpected, for example he made a painting of one of his own works, that was hung behind a door because his friend’s wife did not favour it. Sometimes he collaborates with other artists.
This presentation at our gallery features a number of paintings that can perhaps best be described as anomalies, fantastical creations out of the ordinary. In the work A bunch of Gnomes stole Jacko’s Glove, 2020 one sees this intersection of fantasy and reality. Six gnomes steal the glove of Michael Jackson and are they seen marching through a forest with the diamond glove draped over their pointy hats. Jackson’s fantasy world was a nasty one in reality and in literature and cartoons gnomes are just as awkward.
Llobera’s approach gives way to look and think about subjects that are around us; advertisements, pamphlets, cartoons, political figures, books or cars.  The excitement of subject matter is emphasized by two large works in this show: one is titled Superman and the second is called Tió Lisèrgic, a title after a Spanish Christmas tradition Tió de Nadal, where children are being given a wooden log that poops out presents when children hit it with a stick.  Both topics receive the same treatment: superman has not shaved for a couple of days and has clearly done something he very much regrets. The image of the pink log is repeated numerous times within the painting to an almost hallucinating effect, meddling with a Christmas tradition.
What comes forward in these works is a saturnine element, interest in the impasse and a capacity to see it as potential, and a desire to confront all painterly and narrative limitations.
One painting Rococo Guardrail, (2018) shows the side of a road where the crash barrier has been transformed into a golden ‘Rococo’ frame, all curls and shine. The artist tells us that he painted the spot where motorcyclists find their death, making it at least a beautiful place.
For further information please contact galerie on: mail@hiddevanseggelen.com
END_OF_DOCUMENT_TOKEN_TO_BE_REPLACED 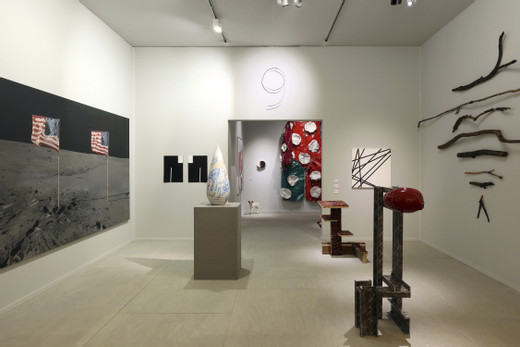 Due to the Corona virus outbreak the 2020 edition of TEFAF Maastricht was cut short.
END_OF_DOCUMENT_TOKEN_TO_BE_REPLACED 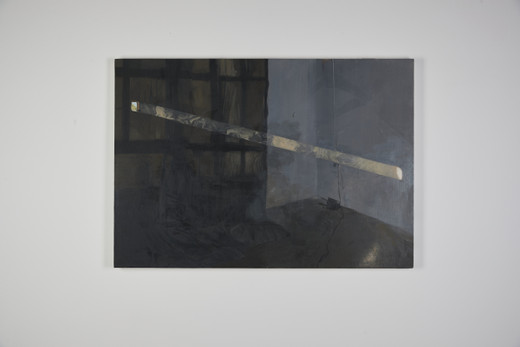 Text by La Capella: Faula rodona started four years ago when Pere Llobera found himself looking at Richard Dadd’s painting Titania Sleeping. The real madness of its painter, who produced all of his paintings while a patient in a psychiatric hospital, gave us not an aphorism but a weighty axiom: “there is no art without conflict”. The apathy of the world today and the fact that, as Imre Kertész states, “we live in a metaphysically abandoned world” call on the artist to generate this invocation of conflict and wonder inside the Chapel of the Santa Creu.Mishima went to talk to some students hostile to him at the university. One of the youths shouted, “Mishima! Be sensible!” To which he replied: “How can you expect me to be sensible if I’ve come here today?” This would be the spirit of the exhibition: to keep, contrary to all logic and prudence, the Chinese plates spinning on their poles and to end up sewing the sticky web of this project to which everything the artist was seeking and everything that has crashed into it by accident has adhered.
END_OF_DOCUMENT_TOKEN_TO_BE_REPLACED
View website 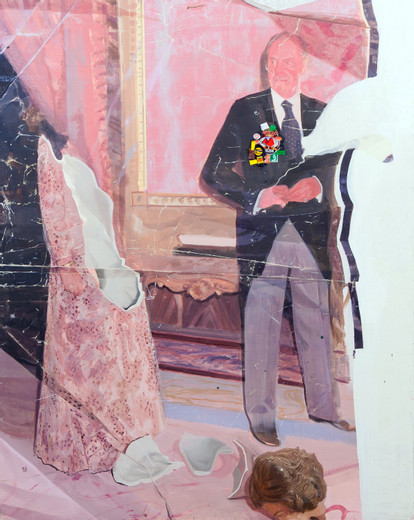 We congratulate Spanish artist Pere Llobera (1970) on winning the Sacha Tanja Penning 2019 award on Saturday the 16th of February.

The Sacha Penning Award is a yearly recurrent honour to an artist, person or institution who highly contributes to the figurative arts in The Netherlands. The winner of the award receives a prize of 10.000 Euro.

The Jury awarded this years prize to Pere Llobera in honour of his whole oeuvre. Pere Llobera is trained as a classical painter in Barcelona, where he lives and works. At first glance, Pere Llobera's paintings appear to be realistic depictions, almost like snapshots. But in reality they are collages in which he blends facts and fiction, often with a trace of absurdity.
To show Pere Lbobera unique and fascinating view of the world, Museum Voorlinden presents works from 2007 till more recent paintings in the cabinets of the museum from February 16 onwards.
Image: courtesy Hidde van Seggelen - collection ING Bank
END_OF_DOCUMENT_TOKEN_TO_BE_REPLACED
View website 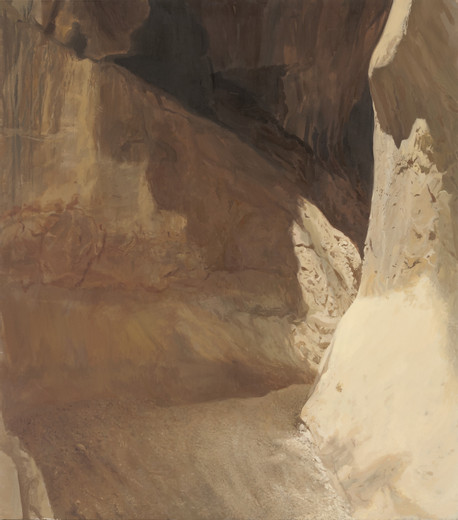 Pere Llobera on view in Spain