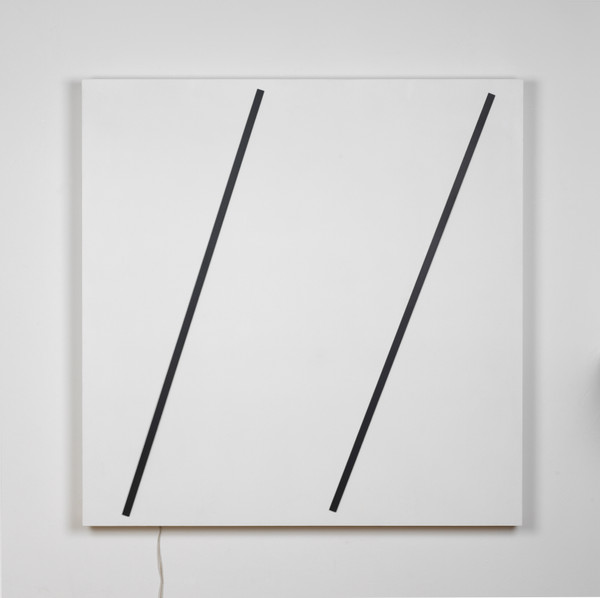 Hidde van Seggelen is pleased to participate in the inaugural TEFAF ONLINE 2020.
On the occasion of this event we will present a kinetic work from German artist Gerhard von Graevenitz.

The kinetic object Zwei Streifen is one of the first object Von Graevenitz made after his return from Paris. The black and white lines  move at slow speed independently over the square canvas and never touch or overlap each other.
TEFAF Online 2020 will run until November 4, 2020
Gerhard von Graevenitz embodies a legacy of the late modernist tendencies after WW2 such as op-art, kinetic art, and other movements. He was a co-founder of the Nouvelle Tendence and a member of ZERO. Von Graevenitz made works that investigate elementary movement and visual experience. He constructed ‘play-objects’, some of which were models for multiples, and made serigraphs investigating non-hierarchical fields on the basis of chance-operations. He participated in important exhibitions on the subject of perception such as The Responsive Eye (MOMA, 1965). From 1972 onwards Von Graevenitz used a chance-generator for computer-graphics for his works.
Read more